This is more focused on the Egyptians around Luxor, where Upper Egypt was located.

A recent DNA study by Cruciani that focused on the Y chromosome E-M78 revealed that it was ’born’ in North East Africa , not East Africa as previously thought. This means, that an Egyptianwith an M78Y chromosome has had a male line ancestry reaching back to the Pleistocene inhabitants of Egypt; as far back as the Halfan culture about 24,000 years ago.

Below is a display of the most prevalent among Egyptian Males..

Keita-Boyce Study on Y-chromosomes of Egypt

(Which group belongs to your father ?)….

The M2 lineage is mainly found primarily in ‘‘Eastern,’’ ‘‘sub-Saharan,’’ and sub-equatorial African groups, those with the highest frequency of the ‘‘Broad’’ trend physiognomy, but found also in notable frequencies in Nubia and Upper Egypt, as indicated by the

RFLP TaqI 49a, f variant IV (see Lucotte and Mercier, 2003; Al-Zahery et al. 2003 for equivalences of markers), which is affiliated with it.

Results show that out of three Egyptian triad M78, M35 and M2, Y-chromosome

M78 has the Highest frequency in Northern lower Egypt @ 51.9%

M35 has the slight Highest frequency  in Southern Upper Egypt @ 28.8%

M2 has the Highest frequency  in Northern and Southern Nubia @ 39.1%.

M2 is virtually absent in North Africa’s lower Egypt at 1.2% and grows to a higher frequency traveling south-bound towards Upper Egypt and Nile valley’s Nubia.

The distribution of these markers in other parts of Africa has usually been explained by the Bantu migrations?

But their presence in the Nile Valley in Non- Bantu speakers cannot be explained in this way...

Their existence is better explained by their being present in populations of the “Early Holocene Sahara”,

who went on to people the Nile Valley in

This occurred way long before the ‘‘Bantu migrations,’’

which also do not explain the high frequency of M2 in Senegal, since there are “No Bantu speakers there either.”

This would also give the plausible assignment of the Nubian-M2 and the Ethiopian PN2 (35,000 B.P.) as the

They lived on a diet of large herd animals and the Khormusan tradition of fishing.

Although there are only a few Halfan sites and they are small in size, there is a greater concentration of artifacts, indicating that this was not a people bound to seasonal wandering, but one that had settled, at least for a time.

The Halfan is seen as the parent culture of the Ibero-Maurusian industry which spread across the Sahara and into Spain.

Sometimes seen as a Proto-Afro-Asiatic culture, this group is derived from “The Nile River Valley culture known as Halfan”, dating to about 17,000 BC.

The Halfan culture was derived in turn from the Khormusan, which depended on specialized hunting, fishing, and collecting techniques for survival…

The material remains of this culture are primarily stone tools, flakes, and a multitude of rock paintings.

The end of the Khormusan came around 16000 B.C. and was concurrent with the development of other cultures in the region, including the Gemaian.

According to a genetic study in December 2012, Ramesses III, second Pharaoh of the Twentieth Dynasty and considered to be the Last Great New Kingdom king to wield any substantial authority over Egypt, belonged to Y-DNA Haplogroup E1b1a/M2/E-V38, mainly found in North Africa, East Africa and  Sub-saharan Africa.

A genetic kinship analysis was done to investigate a possible family relationship between Ramesses III and Unknown man E, Who may actually be his son Pentawer. An ancient Egyptian Prince of the 20th dynasty, and son of Pharaoh Ramesses III and a secondary wife, Tiye. They amplified 16 Y-chromosomal, short tandem repeats (AmpF\STR yfiler PCR amplification kit; Applied Biosystems). Eight polymorphic microsatellites of the nuclear genome were also amplified (Identifiler and AmpF\STR Minifiler kits; Applied Biosystems). The Y-chromosomal Haplogroups of Ramesses III and unknown man E was screened using the Whit Athey’s Haplogroup Predictor we determined the Y-chromosomal Haplogroup E1b1a. The testing of polymorphic autosomal micro satellite loci provided similar results in at least one allele of each marker (table 2⇓). Although the mummy of Ramesses III’s wife Tiy was not available for testing, the identical Ychromosomal DNA and Autosomal half allele sharing of the two male mummies strongly suggest a Father-Son relationship.

http://www.pubmedcentral.nih.gov/articlerender.fcgi?artid=1182266 (copy and paste, if link above is inactive)..

( the Nilotic Valley Family: from the White Nile to the Blue Nile)…...

(click in link below to view Nubian-Egyptian 67.6 % of M2 known as variant IV)

Revealedthese individuals were born in Three regions along the nile river:

in Alexandria (the Delta and Lower Egypt),

in Upper Egypt, and in (Nile Valley’s)Lower Nubia.

The Three most “common” being

Haplotype V is  of theHorn/Supra Saharapopulations, with a northern geographic distribution in Egypt in the Nile River Valley.

Haplotype IV, has a characteristic of EasternSub-Saharan populations, shows a southern geographic distribution in UpperEgypt and Nubia.

also has high frequencies of:

Jerbian Hebrews from (North-Africa) Carthage/Tunisia’s Island “Jerba.” As well as:

A small percentage of  3.4% In Ethiopians while the Brother clade M191 is 1% in Senegalese and 0% in Ethiopians..

Ethiopians and Khoisan Share the Deepest Clades of the Human Y -Chromo Phylogengy:

(copy and paste in browser)

Some of these African-Asiatic, Asian and Euro Y chromosomes show an ancient entry to Africa

The Afri–Asiatic Haplogroup R* and family also have percentages from 3%-6.8%

Which is in contrast of the Yemen and West Asia frequencies 10% or higher.

This makes a grand total of 80.3% definitively African non-Arab ancestry in the upper Egypt region.

Y-chromosomes possibly attributable to Arabmales are very much in the minority in this area.

not all of these would be Arabs. 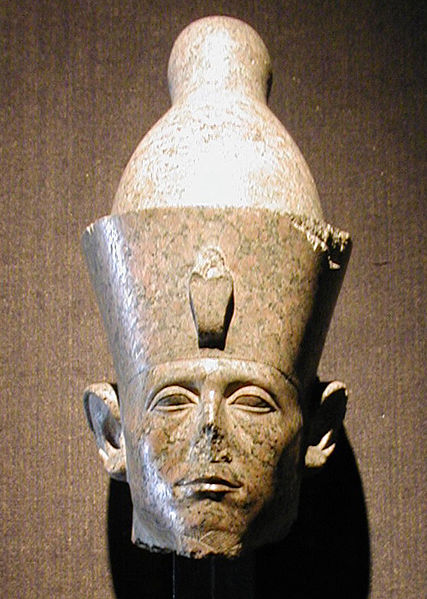 E1b1a (V100) This population is one of two important populations to spring out of the Ethiopian Plateau, E1b1a effect became the most dominant population in Subsaharan Africa

E1b1a (M2) This population grew in enough numbers in the Ethiopian lowlands to be able to cross into the territories of Paleo Africans on their West in Sudan E1b1a (L576) This population represents an East to West thrust in Africa, only E1b1a lineage able to survive crossing the A1b1 territories E1b1a (L86.1) This mutation indicates that the population crossed the A1b1 dominated Grassland into the regions West of the great Lakes E1b1a (M58) Expansion between the Great Lakes & Midwest Africa E1b1a (M116.2) Very small minority in Mali E1b1a (M149) Very small minority in South Africa E1b1a (M155) Very small minority in Mali E1b1a (M10) Dispersed between Cameroon & Tanzania E1b1a (L485) An important lineage that emerged in the Eastern Benue valley in Central Nigeria E1b1a (L514) Marker for a strong lineage that played a major role in turning West Africa into their new territor E1b1a (M191) This marker indicates that the main body of (L485) reached the Benue River in Nigeria and Cameroon E1b1a (P252) A population that followed the Benue river South, an important marker of the Bantu expansion in Nigeria E1b1a (P9.2) The population that remained in the Benue region, expanded into West into Nigeria & South to Gabon E1b1a (P115) Eastern limit expansion population, reaching Southwestern Central Africa, with possible presence in other Fang regions E1b1a (P116) South of the Benue expansion in Southern Cameroon & Gabon E1b1a (U175) An important lineage that emerged in the Western region of Benue in Nigeria and Niger E1b1a (U209) This population represents the backbone of the Bantu expansion, emerged and expanded out of the Bantu Urheimat E1b1a (U290) A primary marker of African slavery in the USA, Important lineage in Southern Cameroon E1b1a (M154) Found in Western Cameroon & South Africa E1b1a (P268) Found in Gambia, could possibly indicate an early expansion out of Central Africa or late emergence out of an L86.1* that lived amongst (L485) or (U175) E1b1a (M329) The E1b1a population that remained in the Ethiopian lowlands.

Although Haplogroup R1* has an African-Asiatic Origin and Migration, It has Notable frequencies through out Africa as well..

Haplogroup R1*-M173 is the pristine form of Haplogroup R. In Africa researchers have detected frequencies as high as 95% among Sub-Saharan Africans. The phylogenetic profile of R-M173 supports an ancient migration of Kushites from Africa to Eurasia as suggested by the Classical Writers. In Fig. 3, we outline the spread of Haplogroup R from Nubia into Asia and West Africa. This Expansion of an African Kushite population probably took place Neolithic period. The Accumulated Classical literature, Archaeological, Craniometric, Genetic and Linguistic evidence suggest a Genetic relationship between the Kushites of Africa and Kushites in Eurasia that cannot be explained by Micro Evolutionary Mechanisms. The phylogeographic profile of R1*-M173 supports this Ancient Migration of Kushites fromAfrica to Eurasia as suggested by the Classical writers. This expansion of Kushites into Eurasia probably took place over 4kya.

The migration difference from North to South mimics the Nubia, Upper Egypt and lower Egypt  Kingdoms of ancient times.

While Kashta of the 25th dynasty ruled Nubia from Napata, which is 400 km north of Khartoum, the modern capital of Sudan,

He also exercised a strong degree of control–over Upper Egypt by managing to install his daughter,Amenirdis I,

as the presumptive God’s Wife of Amun in Thebes in line to succeed the serving Divine Adoratrice of Amun,Shepenupet I, Osorkon III’s

Kushite power over Egyptian territories” under Kashta’s rule since it officially legitimized the Kushite takeover of the Thebaid region.

Kashta’s reign both to protect this king’s authority over

Upper Egypt and to thwart a possible future invasion of this region from    Lower Egypt.

Now… going back to E1b1a and the discovery of two major SNPs (V38 and V100) according to Trombetta et al. (2011) this significantly redefined the E-V38 phylogenetic tree.

It is possible that soon after the evolution of E-V38, trans-Saharan migrants carried the E-V38 marker to Northern Africa and Central and/or West Africa where the more common E-M2 marker later arose and became prolific within the last 20,000-30,000 years.[1][3]

Outside of Africa, E1b1a has been found at low frequencies. In Eurasia, the clade has primarily been found in West Asia. There have also been a few isolated incidents of E1b1a/M2 in Southern Spanish Europeans populations in Spain[26] and Portugal.[2

The Incidence of  E1b1a/M2/E-V38 in populations of the Caribbean and Spainish Americas Population group frequency References Dominicans 7.69% (2/26) [37] Puerto Ricans 19.23% (5/26) [37] Several populations of Colombians 6.18% (69/1116) [39] The Indigenous Carioca from Rio de Janeiro, Brazil  tested positive for the E1b1a1a M58 SNP.[38]The Place of Origin and Age is Unreported, (hmmmpt I wonder why) What would that mean to have indigenous Africans in Pre-Columbian America?  A long and hard re-write of His-Story…. The Egyptian Y-Chromosome  variation links below: http://www.academia.edu/2308336/Revisiting_the_harem_conspiracy_and_death_of_Ramesses_III_anthropological_forensic_radiological_and_genetic_study http://www.ncbi.nlm.nih.gov/pubmed/ Ramesses E1b1a 23247979 HapgroupE.2011.tree. www.Kemetology.com

Kushite Spread of Haplogroup R1*-M173 from Africa to Eurasia

Saudi Arabian Y-Chromosome diversity and relationship with nearby regions”

This site uses Akismet to reduce spam. Learn how your comment data is processed.