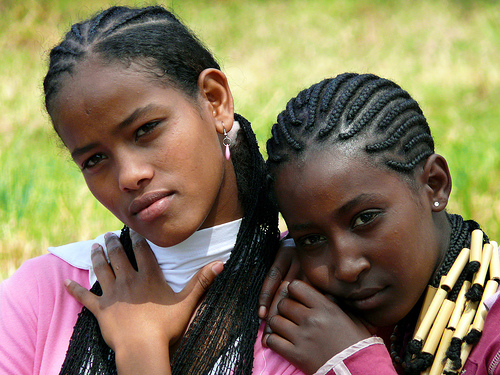 This is the Ancient Nuzi Map of Eden, which supports the existence of the African Eden. 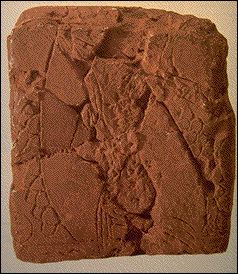 The Nuzi Map – made of clay may have been made 120 years before The Flood of Noah or possibly closer to Creation. 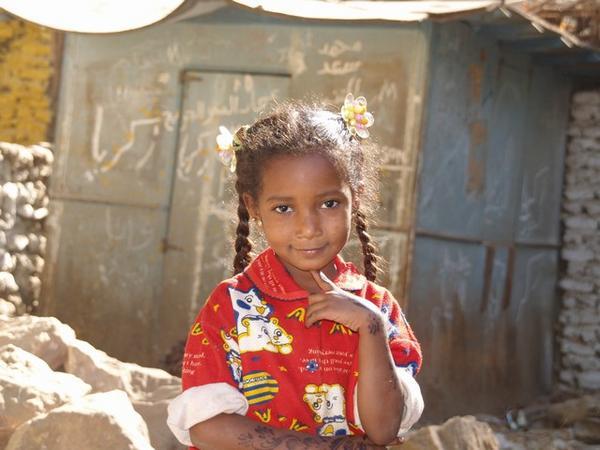 “The Nuzi Map portrays the main city within Eden/Aad as being South of the cited mid-point. That is, on the Nuzi Map the city of Aid appears to be perhaps as far south as the Dahlak Archipelago to the Northeast of Asmara, Eritrea (Ethiopia) or nearer the Sudan/Eritrean border or even further to the North perhaps nearer the Suakin Archipelago and Port Sudan.   It is very probable that ruins of Eden will be found throughout this entire area.”

The Nuzi map proves the existence of the 4 rivers chronicled in the “Holy Bible”.

Those 4 rivers traverse around the entire country of Ethiopia/HaBashan. Eden is located in Ethiopia.

The term for Eden was Aden/Adin/Aad – which also means: To give pleasures, has the same prime root word as Eden or Adan, to be soft pleasant or voluptuous land.  Basically, this was the best place in the whole world to live flourish and be fruitful.

Egypt-Ethiopia/Kush-Nubia-Sudan was some of the places where man walked with GOD in the cool of the day ‘Where the Son of God’ met with man-kind. It would be the same place where, people would return after the Deluge – they would return to their nativity – Afrika.

NOTE: When the word Ethiopia is used it referred to ALL of AFRICA and not just the current location.  Africa, Ethiopia, Egypt, Nubia are different words for the same people!

We now see that the Fertile Crescent was connected to the other Fertile Crescent in the Nile Valley and along the Nile River that traversed through the center of Africa and beginning in what is now call Uganda.

Where they from the same source?

Do you really believe that people never traveled UP and DOWN the Whole Nile in all the thousands of years man has lived on this Earth-planet?

And since they did, some people stayed where they traveled and mini-civilizations flourished.

The locale where the Biblical Adam and Eve, otherwise known as the

The Adamite Unit: (the Wombman and the Hue-Man) was probably born is now

Sudan/Ethiopia/Kenya at the Breast of the East African continent.

The Egyptians has identified this region as the (Mouth of the Nile) were the “Original” people resided.

The Tekeze River on the Nuzi map is not shown on many modern maps, flows into the Atbara River, which is one of the three main tributaries of the Nile River.  And, it appears that the Tekeze River is the river that is clearly shown on the ancient Nuzi Map and is very close to Aad/Eden.

The Tekeze River begins in modern Ethiopia on the Ethiopian/Eritrean border, traverses West-northwest through Ethiopia and Eritrea, and then flows into the Atbara as it enters the Sudan.

The Atbara then flows northwest through Sudan until it meets the Nile at the town of Atbarah, Sudan. 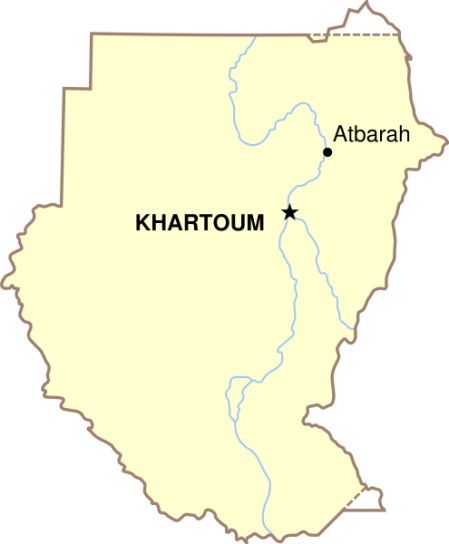 (i.e. South of the 5th cataract or waterfall).

Remember Indigenous peoples “never” used the phrase CATARACT that was a European invention to divide the Family of Africa.

Thus, the Nuzi Map reveals that the Edenic City of Aad is in very close proximity to the Tekeze River,

Which begins due South of the Dahlak Archipelago (Ethiopia). Therefore, Eden is in Africa near the “East or Horn of Africa”.

(Excerpted from an internet site) “Ekowa©

The (four ) major ethnic groups of Ethiopia today are

The Tigrais, Amharas, Afar and Oromos.

Together, they account for approximately three-quarters of the total national population.

Speak semetic languages and Are considered to be descendants of Southern Arabian Conquerors,

who trace their Ancestry back to Ancient (Queen of  Sheba,) Moses and King Solomon. 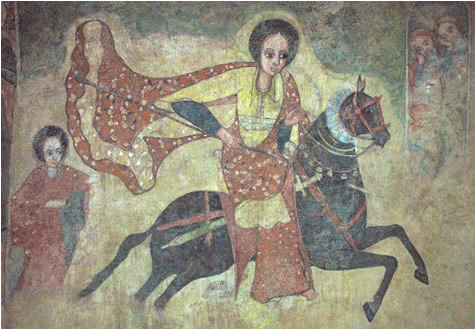 Whereas Tigrais still live in the area of the Ancient Aksum kingdom, the Amharas and Gurages have expanded inland.

In the western part of the province of Tigray.

During the first 6 centuries (1a.d.– 6a.d) they controlled territories North to Upper Egypt, east to the Gulf of Aden and

Southern Arabia, south to the Omo River, and west to the Cushite Kingdom of Meroë  (Munro-Hay 1991).

Because Amharas have largely taken the role of the political and cultural elite in the country,

There is a process of “Amharization,” which can be understood, at least partly, as a matter of prestige and

which leads to the cultural assimilation of other minority populations.

Yet it should be stressed here that the split between the Cushitic and Semitic languages, branches of the Afro-Asiatic linguistic

The linguistic reconstructions of Semitic vocabulary, related to farming and agriculture, have supported the theory that the

origin of Semitic languages is in the Near East (Diakonoff 1988; Militarev 2003).

On the other hand, the finding of all major branches of the Afro-Asiatic language tree in Africa/Ethiopia,

Including those that are not spoken elsewhere in the world, suggests that the homeland of the Afro-Asiatic

language family may have been somewhere close to Africa’s southwestern Ethiopia (Ehret 1995).

However, both cultural and historic evidence show tight connections between East Africa and the Semitic cultural substrate in

the Near East and southern Arabia, Which points to four distinct phases of Semitic cultural intrusion into Ethiopia: 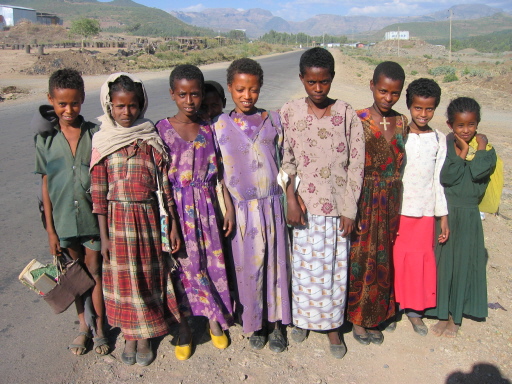 First, related to the Sabaens in the 1st millennium b.c.;

Second, as the arrival of Falasha Jews from southern Arabia in the first 2 centuries a.d.;

Third, during the 4th–6th centuries, when Syrian missionaries brought,

And fourth, because of the influence of Muslim Arabs, which primarily affected

The southeastern parts of the country..…

The ethnonym “Ethi-op-ians”—the people with the “burnt face”—was coined by the Greeks, although it may originally have been applied

to the Nubians, who were (also) part of the Cushite/Kushite kingdoms.

{A total of 168 different mtDNA Haplotypes} were observed in

270 Ethiopians and Eritreans, and 72 Haplotypes were recovered in 115 Yemeni samples

Whereas the other half was divided between derived subclades of haplogroups M and N (fig. 2B; table 1) that are,

With the exception of M1 and U6 lineages, more common outside Africa.

Consistent with the coexistence of Sub/SupraSaharan African and Eurasian

mtDNA lineages of “Ethiopian, Egyptian, and Yemeni” populations, the MDS plot (fig. 3) Clustered, Together with Egyptians,

In between the Near Eastern and the West African and southern African clusters.

were close to each other and did not reveal significant differences

(P>.05) in FSTdistances between themselves (table A7).

(Eth–ic) –definition: a set of moral principles, esp. ones relating

to or affirming a “specified group” , field or form of conduct.

The Matrilineal Genetic Ancestry of the Jewish Diaspora..

The Garden of Eden – Tribes of Atlantis

The History of Ethiopian Jews

Judeo-Christian History of the Nile Valley

Jews and Judaism from Africans in the African diaspora – Wikipedia

The Origin of Hebrew Civilization is Afroasiatic – ColorQ’s Bible …

Reign as emperor of Ethiopia is the best known and perhaps most influential in the nation’s history. He is seen by Rastafarians as Jah incarnate.

This site uses Akismet to reduce spam. Learn how your comment data is processed.